Happy Father’s Day to all the dads working hard to serve the needs of their family.

Dads right now are waking up to gifts which

include ties, after shave lotion, lawns tools, macaroni art displays, etc….. But what every dad really wants is a cost-efficient home where the thermostat is left where he set it and lights are only on in rooms where people are actively doing life. Well, all dads know that is a pipe dream, but maybe MTB Windows and More can help pops out this year. We’ll come back to that a little later, but first a history lesson about Father’s Day.

The story of the first Father’s Day in America happened in Fairmont, West Virginia on July 5, 1908. Grace Golden Clayton suggested to the minister of the local Methodist church that they hold services to celebrate fathers after a deadly mine explosion killed 361 men. While Father’s Day was then celebrated locally in several communities, unofficial support to make the celebration a national holiday began almost immediately. 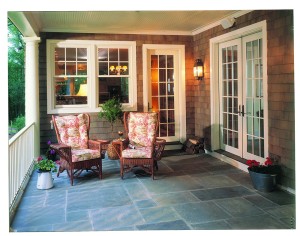 Now, back to giving dad an energy-efficient home, that will put more dollars in the family budget. Replacing the house’s light bulbs with all LED bulbs is a great start. But, for even bigger savings, help dad replace old windows with replacement windows (by Andersen Windows) or drafty exterior doors with air-tight replacement Therma-Tru doors. Now this will really get dad excited about Father’s Day.

MTB Windows and More can help make dad happy this year. Our home improvement specialists are trained to install the high quality building products made to make houses more energy-efficient.

If you would like to schedule a time to meet with an MTB representative to talk about how to make dad the happiest he’ll ever be, contact us here or call us at our Clear Spring, MD office at 301-766-7161.