Everyone at MTB Windows and More hopes you and your family have a happy and safe President’s Day weekend!

Did You Know?: Presidents’ Day is a federal holiday held on the third Monday of February. The day honors presidents of the United States, including George Washington, the country’s first president. It was originally established in 1885 in recognition of Washington and is still officially called “Washington’s Birthday” by the federal government.

Traditionally celebrated on February 22 — Washington’s actual birth date — the holiday became popularly known as Presidents’ Day after it was moved as part of Uniform Monday Holiday Act (1971), an attempt to create more three-day weekends for the nation’s workers. While some states still have individual holidays honoring the birthdays of Washington, Abraham Lincoln (Feb 12th) and others, President’s Day is now popularly viewed as a day to celebrate all U.S. presidents.

1) What former president was on an African hunting trip when his enemy J. P. Morgan quipped: “Let every lion do his duty”?

2) What future president was the only U.S. senator from a Confederate state to remain in Congress after secession?

4) What future U.S. president received the last rites of the Catholic Church after an infection following spinal surgery in 1954?

5) What war saw James Madison become the first U.S. president to command a military unit during his term in office?

6) What document did President Andrew Johnson want a copy of placed under his head upon his burial?

7) How many U.S. states are named after a president?

8) Who is the only president to have survived two assassination attempts by women?

9) What future president cheated on an eye exam to join the cavalry reserves in the 1930s?

The professional installers at MTB Windows & More use Andersen Windows, Therma-Tru Doors and GAF Shingles to add significant value to home, which is due to the quality of these product lines. 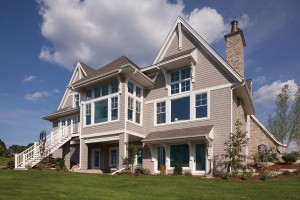 If we can be of service to you, please contact us here online or call our Clear Spring, MD office during the week at 301-766-7161. We are always available to set up a quote on windows, siding, roofing, exterior doors, etc.. in Hagerstown, MD; Greencastle, PA; Martinsburg, WV; or the Frederick
County, MD areas.
If you are looking to build a home or complete a major addition, see our sister company’s site (Mt. Tabor Builders, Inc.) Mt Tabor does remodeling and custom building throughout the Tri-State area, including Hagerstown, Clear Spring, Hancock, Boonsboro, Smithsburg and Frederick County in MD. Click here to see Mt. Tabor’s gallery of projects.